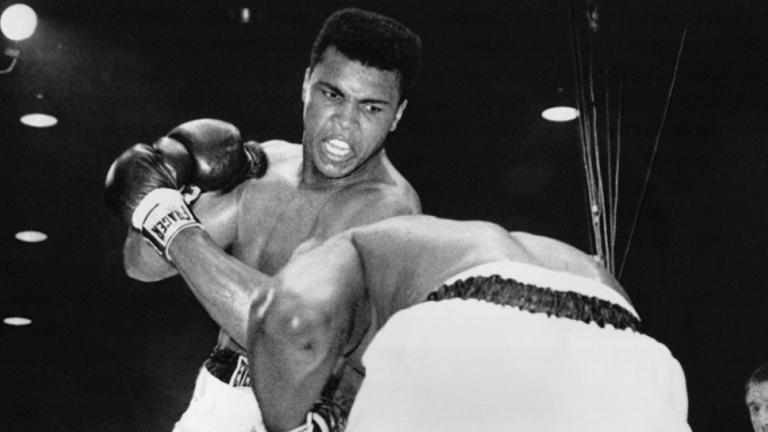 Humans have been competing against one another in activities with a survival aspect since the beginning of time. Whether it’s Boxing, horsemen charging one another with lances, the Javelin, Jousting, or Wrestling, it makes sense when you look at it from an evolutionary perspective. Those with these skills honed were more likely to survive actual conflict at the end of the day.

Watching combative sports like Boxing is an extension of this age-old habit that delivers all the thrills but doesn’t put us in any danger. And the athletes on this list were some of the most enjoyable to watch through history because of their incredible skill in the ring.

Known as The Brown Bomber, Joe Louis stands as one of the most important boxers of any generation. He held on to the Heavyweight title for more than 11 years, a record, and took part in 27 Championship fights, another record and one that has yet to be beaten.

Billed as The Baddest Man on the Planet, Mike Tyson, also known as Iron Mike, was possibly one of the most feared fighters in history. He ruled as Heavyweight Champion for more than two years but controversial acts inside and outside of the ring cast a pall on his amazing career.

His statistics are a little off because he kept fighting past his prime but remain outstanding. He appeared in the ring 58 times, won 50 of these matches, and 44 of his wins came by knockout.

Probably the best-known boxer on this list, Muhammad Ali is not only a Heavyweight champion but an Olympic gold medallist as well. He’s famous for his shameless self-promotion and his memorable quotes about floating like a butterfly and stinging like a bee.

Ali fought in 61 matches and won 56 of these, knocking out his opponents 37 times.

Better known by his nickname, Sugar Ray Leonard was voted Fighter of the Decade in the 1980s, long before we could enjoy Australian pokies online. Although his statistics don’t seem to hold up against the other fighters on this list, when you consider that he was in the ring with the likes of Thomas Hearns, Marvin Hagler, and Roberto Duran, they make more sense.

Another Sugar Ray, Robinson fought in Lightweight, Light Heavyweight, Middleweight, and Welterweight divisions and was the 1950s’ Fighter of the Decade. He held the World Middleweight Champion title five times and Joe Louis, Muhammad Ali, and Sugar Ray Leonard have named him as the best Boxer of all time.

Interestingly, pound-for-pound rankings were actually developed for Robinson, an effort to see him get the credit he so richly deserved. He fought 202 times and won 175, knocking out an astonishing 108 opponents.

Men Who Made Their Mark

While each of these fighters brought his own special something to the ring, they share a few traits, too. Each one had the magic combination of agility, commitment, endurance, speed, and strength and made this count by working incredibly hard.

Top 5 Boxers In The World